It’s more than 50 years since our founder, Cor Groenewout, started the company in 1966. After a few years of operating as a traditional construction engineering firm, Groenewout increasingly shifted its focus onto logistics projects in the 1970s and 80s. Since then, ongoing globalization has resulted in Groenewout’s involvement in numerous design and realization projects for warehouses and distribution centers.

Nowadays, the consultants are much more focused on market developments and market potential. Cor Groenewout’s vision remains unchanged – that when designing a warehouse you start with the processes you intend to work with rather than the building itself. And the question of which processes you intend to work with depends on the DC’s role in the supply chain: storage, cross-docking or another function? That has to be defined first.

Just as the profession is in a constant state of flux, so too is Groenewout. The consultancy firm has developed the necessary e-commerce expertise over the past few years. And in the field of supply chain, Groenewout is working on a new solution related to multi-echelon inventory management. Groenewout’s experts follow the trends and developments closely and will continue to do so in the future. We are a team that is passionate about logistics – one that comprises various disciplines to foster cross-pollination, because cross-pollination is crucial in order to stay at the forefront of the industry.

Needless to say, we are tremendously proud that now, more than 50 years later, we have grown into one of Europe’s most respected logistics and supply chain consultancy firms. 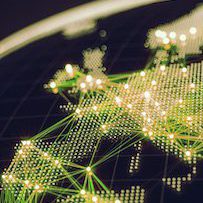 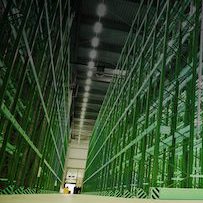 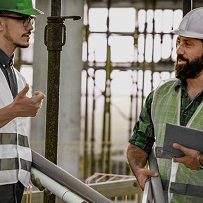 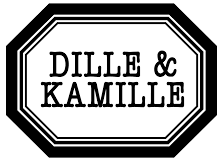 Hollister recently moved into its brand-new European distribution center in Oud-Gastel in the Netherlands. To realize this new-build project, the company enlisted Groenewout’s expertise – and not for the first time. Job Sonke, Manager of the Hollister European Distribution Center: “An excellent decision that has once again paid off.”
Read more
Blokker creates modern omnichannel distribution center
Blokker, a Dutch chain store selling household goods, is gradually transforming into a modern omnichannel retailer. One part of this process is the complete redesign of the retailer’s distribution center in the city of Geldermalsen, assisted by Groenewout, to make it suitable for all sales channels. In the near future, store orders and online orders will all be handled in the same process, from goods received right through to order picking. “We’ve looked at the similarities between the two logistics flows rather than their differences.”
Read more

Moonen builds new efficient and sustainable warehouse
MoonenPackaging is currently building a completely new 20,000m2warehouse in the Dutch town of Weert. The packaging wholesaler asked Groenewout for advice on the warehouse design, which has resulted in a flexible, efficient and sustainable plan for a warehouse with sufficient growth potential. Roland van Bussel, COO of Moonen: “We initially considered a fully automated warehouse, but Groenewout advised us against it.”
Read more

Hikvision expands EDC to facilitate boisterous growth
With Hikvision’s revenue increasing by between 25 and 35% each year, the primary aim of the company’s European distribution center (EDC) is to facilitate that boisterous growth. The manufacturer of security cameras is tripling its storage space in the hope of readying itself for at least the next seven years. Groenewout has advised the company on the design of the warehouse design and the logistics processes. Mark Beumer, Vice-President Operations at Hikvision: “We now view our operation differently.”
Read more